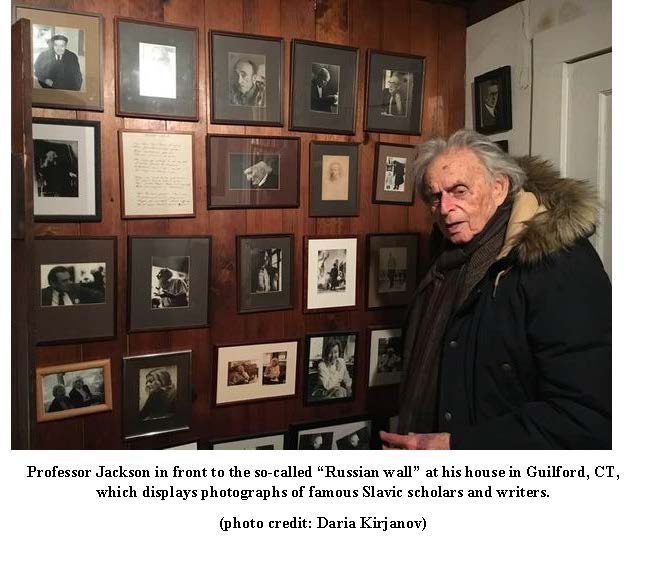 The faculty, students, alumnae, alumni, and friends of Yale’s Slavic Department mourn the passing of Robert Louis Jackson, B. E. Bensinger Professor of Slavic Languages and Literatures, Emeritus, and one of the five founders of our department.  Professor Jackson was an internationally renowned scholar of the 19th and early 20th  the Russian novel and short story, especially the works of Dostoevsky and Chekhov.  He died on May 3, 2022 at the age of 98.

A public memorial service will be announced at a later date, and will be connected with the publication of Professor Jackson’s last book, “Essays on Anton P. Chekhov: Close Readings by Robert Louis Jackson,” forthcoming with Academic Studies Press.

Please see the Yale In Memoriam page and the obituary in The Provincetown Independent.  Here is The Tribute to Professor Jackson based on the memories and comments of his students, collaborators, and colleagues.

What does the future hold for Russian studies at Yale?

Congratulations to the winners of the First Russian Language Olympiad for American Students hosted by St. Petersburg State University, Russia! 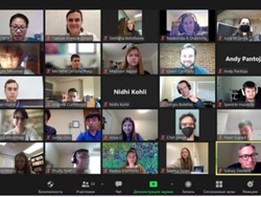 Anastasia Kostina, “’I want to make a film about women’: The Story of Esfir Shub’s Unrealized Feminist Manifesto” has been selected as the winner of the Jonathan Kahana Graduate Student Writing Award in Documentary Studies (awarded by the SCMS Documentary Studies Scholarly Interest Group) for 2022

Chloe Papadopoulos’s article “Speaking Silently and Overnarrating in Fyodor Dostoevsky’s ‘Krotkaia’” was published in the 2021 issue of Dostoevsky Studies. https://dostoevsky-studies.dlls.univr.it/article/view/1009

Anastasia Kostina’s translation of the selected writings of Esfir Shub, the first Soviet woman filmmaker, was published in the Summer 2016 issue of Feminist Media Histories, a special issue on Found Footage: Women Without a Movie Camera.

Ingrid Nordgaard was an Arnold Fellow in 2015-2016. She recently published “We have been traveling for weeks now” in Palimpsest: Yale Literary and Arts Magazine, and has a forthcoming publication in September 2016, “Documenting/Performing the Wounded Body: Pain and Agency in Works by Boris Mikhailov and Petr Pavlensky” in Contemporaneity: Historical Presence in Visual Culture.

Svetlana Tcareva successfully completed an internship at the State Literary Museum in Moscow in July 2016.

John Webley received the Kathryn Davis Fellowship for Peace to pursue advanced Russian language study at Middlebury College in the summer of 2019. From 2020-2021 he is engaged as a fellow on the Stanford U.S.-Russia Forum, as part of the Arts and Culture working group.