Home » Calendar » Getting to Know the Big Wide World

Getting to Know the Big Wide World

In her first color film, Muratova presents a world caught between aesthetics and sentiment. Set against the backdrop of a late-Soviet construction site, Lyuba, Misha, and Kolya attempt to navigate personal relationships, work, and love in the hope of attaining genuine happiness.

We are proud to present this tribute to Russian-Ukrainian director Kira Muratova(1934-2018), one of the most wildly inventive, acerbic, and unsentimentally humane filmmakers in cinema history. This series, the first US retrospective since Muratova’s death in June, offers a selection of her very hard-to-see films on DCP with English subtitles, provided by the Dovzhenko Center in Kiev. 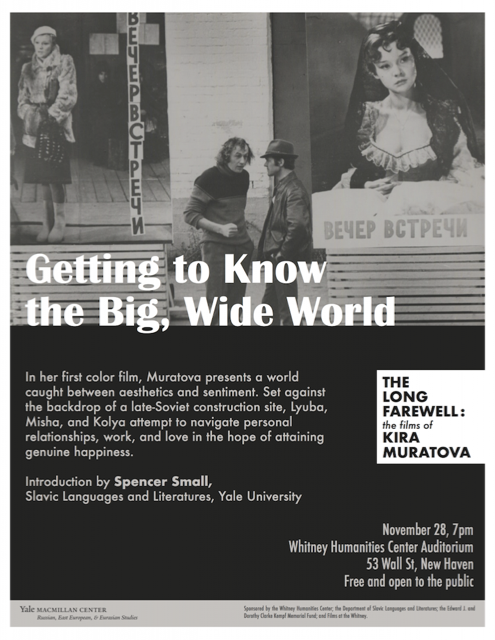